Design Techniques to Enhance the Speed of Printed Circuit Board Assembly

Sep 05,2019 Communications, aerospace, IoT, automotive, consumer electronics, aerospace are just a few industries that demand high-speed printed circuit boards. The assembly of high-speed boards differ with respect to standard boards in several ways. In fact, these differences in the board assembly contribute to the production of high-speed circuitry. So, if you are a PCB designer who is working on a high-speed PCBA project for the very first time, then you need to be aware of the design techniques as listed in this post.

A poor layout and design may lead to several performance issues when it comes to the assembly of high-speed PCBs. The following are the areas you must pay close attention to while working on a high-speed PCB assembly project. 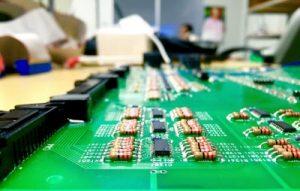 PCB engineers who are working out to optimize speed in PCBs must also keep an eye on the following designing technique: From the post, it is clear that designing to assure maximum speed in Printed Circuit Board Assembly (PCBA) requires adequate knowledge of varied techniques and engineering expertise. This is why you must partner with an experienced manufacturer when opting to assemble high-speed PCBs for your project. Sierra Assembly Technology can really help you in this regard as the team Sierra possesses engineering excellence and long years of working experience pertaining to high-speed PCB design and assembly.